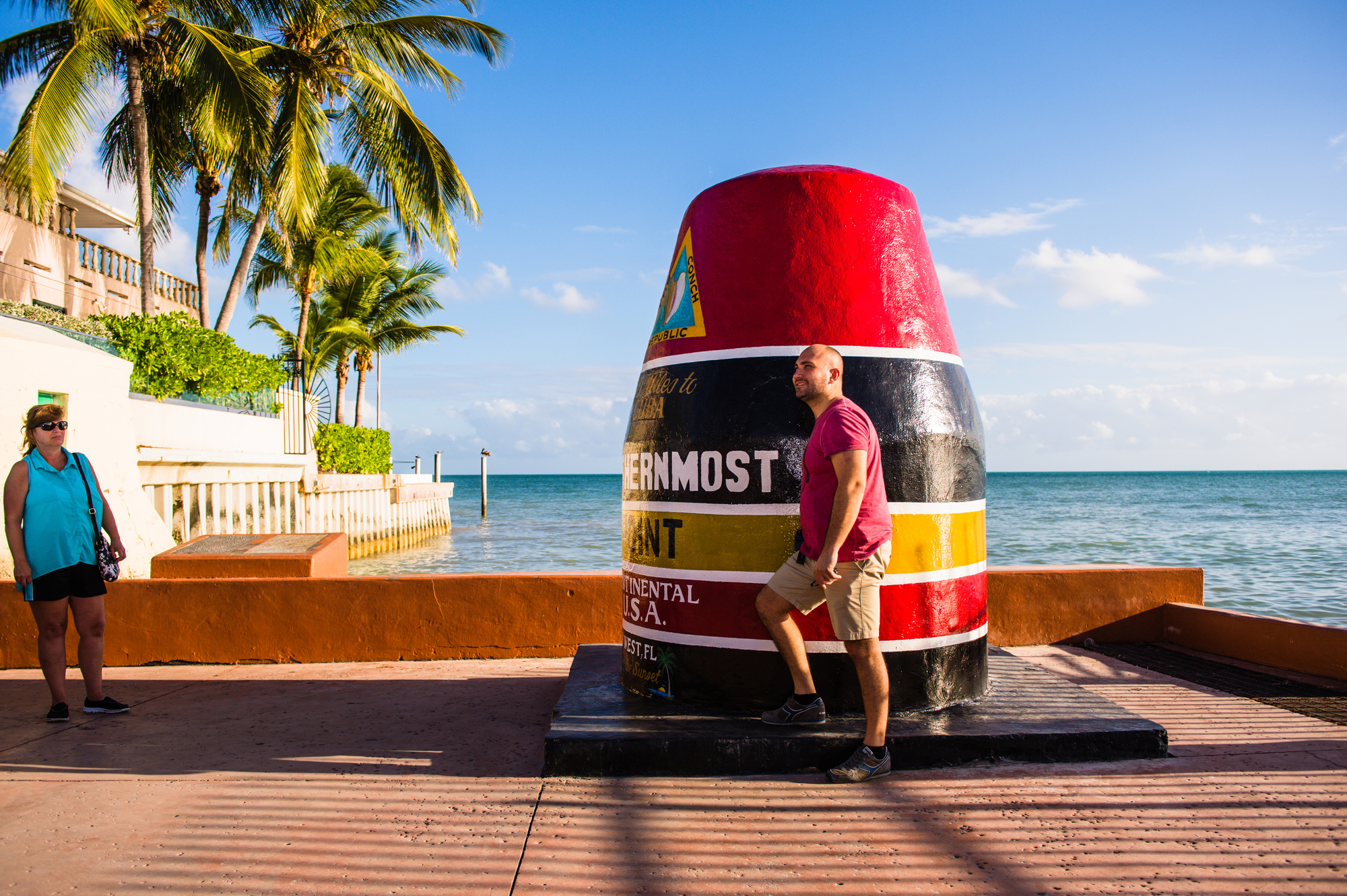 Key West’s balmy climate, historic structures and anything-goes ambiance have long provided a refuge for writers, artists and free spirits seeking a place to soothe and satisfy the mind, body and soul.

Ernest Hemingway, Tennessee Williams, Elizabeth Bishop, Robert Frost and Jimmy Buffett are just a few of the famous who discovered solace and inspiration in the island city. So too did Bahamian wreckers, commercial fishermen, spongers and Cuban cigar makers.

In fact, Key West’s Bahamian and Cuban heritage is evidenced throughout the island in restaurants and cigar shops, museums and accommodations.

For intimate lodging, the island provides a bounty of bed and breakfasts with architectural qualities evoking eras past, while lavish resorts offer modern services and amenities amid grander surroundings.

Residents and visitors to the island actively participate in sightseeing, outdoor and maritime activities, and shopping by day, and then become part of the sunset celebration held each evening at Mallory Square, when tightrope walkers, jugglers and animal acts strive to top a more captivating performer — the fiery sun settling into the Gulf of Mexico. 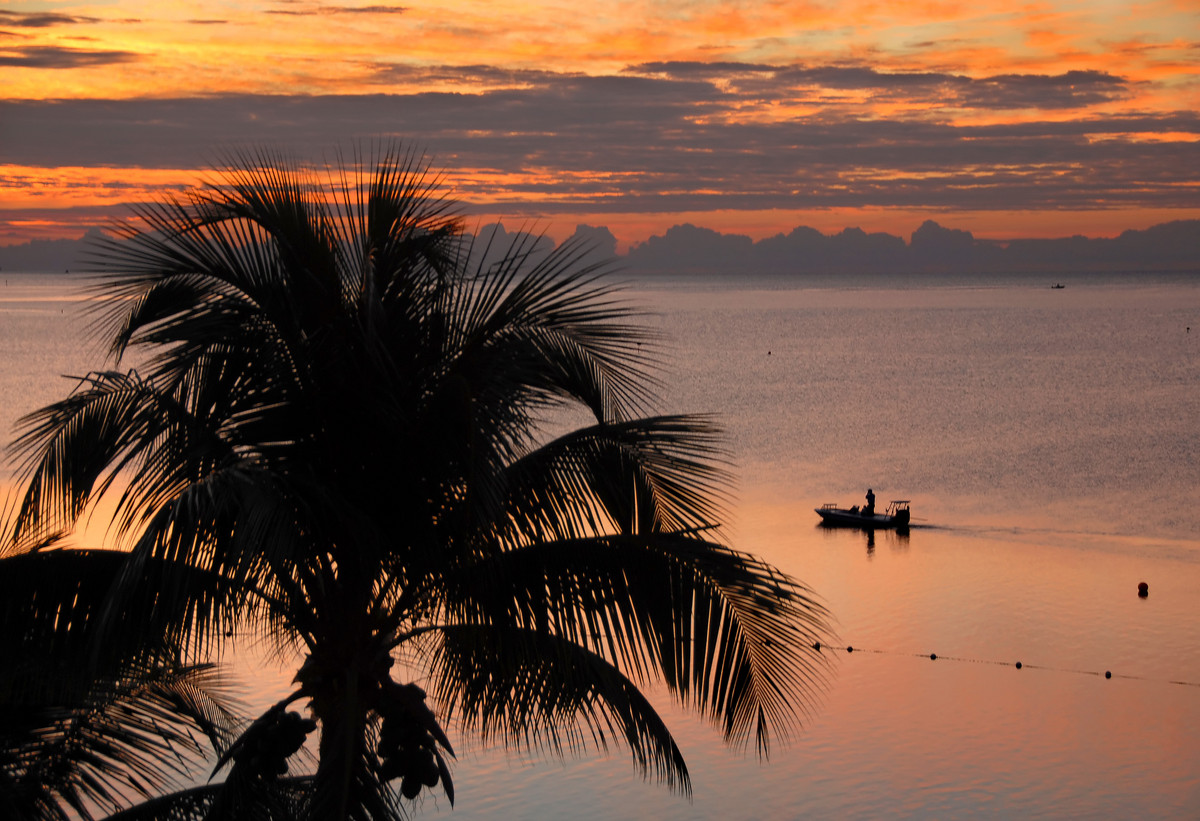 Visitors to Key West can pet a shark, explore a curiously comforting cemetery, tour Hemingway’s former home and other attractions, discover the riches of a spectacular salvage expedition and enjoy exceptional cuisine. Island beaches offer ample sunning and watersports opportunities, while beneath the surrounding turquoise and cobalt waters, historic shipwrecks, a living coral reef and myriad marine plants and animals entice those eager to explore.

For anglers, billfish beyond the reef and permit and tarpon on the flats are just a few of the local game fish that offer challenging displays of strength.

The island is accessible via Key West International Airport, which is serviced by American/American Eagle, Delta/Express Jet, United/Silver Air, JetBlue/Silver Air, US Airways and others.

Key West also can be reached by flying into Miami International Airport and driving from the mainland down the Overseas Highway — designated an All-American Road under the National Scenic Byways program — or by ferry from points on Florida’s west coast. 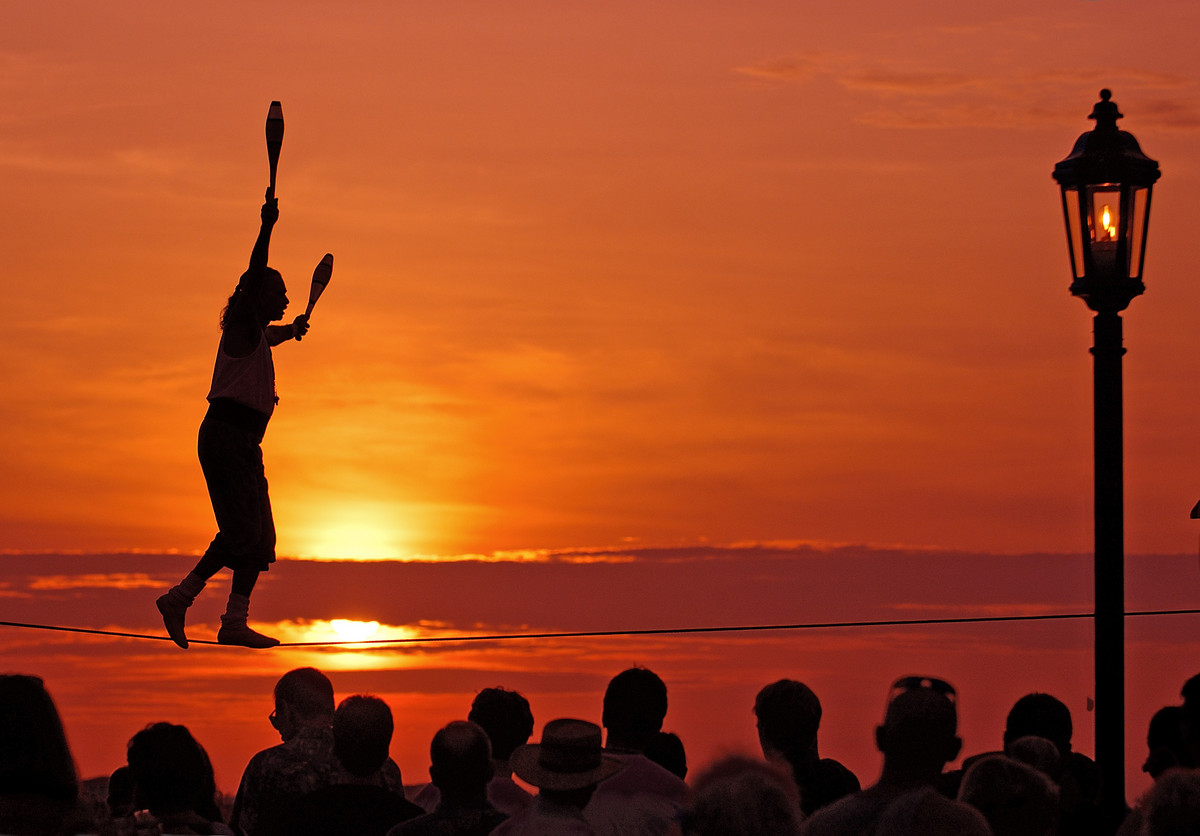 THINGS TO SEE AND DO IN KEY WEST

Curry Mansion, 511 Caroline St.; 305-294-5349, www.currymansion.com. An elaborate Victorian structure built on the site of the homestead of Florida’s first millionaire, Curry Mansion now serves as a historical house museum showcasing an era of elegance. An inn is situated on the property and the structure is on the National Register of Historic Places.

Custom House Museum, 281 Front St. near Mallory Square; 305-295-6616, www.kwahs.com. Operated by the Key West Art & Historical Society, the museum showcases fine art and historic collections, and is a vital repository for artifacts related to the history and culture of the Florida Keys. The museum is located in Key West’s restored Custom House building and its grounds feature sculptures by renowned American artist Seward Johnson.

Ernest Hemingway Home & Museum, 907 Whitehead St.; 305-294-1136, www.hemingwayhome.com. The late author’s home and second-story writing studio offer a glimpse into American literary history. While living here, Hemingway wrote some of his most notable works including “To Have and Have Not,” which is set in Key West.

Fort Zachary Taylor Historic State Park, accessed through Truman Annex on Southard Street; 305-292-6713, www.floridastateparks.org/forttaylor. Constructed between 1845 and 1866, the fort remained in Union hands throughout the Civil War and was later used during the Spanish-American War. The fort’s collection of Civil War–era seacoast cannons is the largest in America. The state park features a popular beach, picnic tables, snorkeling and fishing.

Historic Seaport at Key West Bight, from Greene to Grinnell streets at the north end of the island. Some 100 land- and sea-based waterfront businesses bring Key West’s seafaring heritage to life. Along a half-mile harbor walk are shops, restaurants, bars and a working marina that is home to tall ships, ferries and catamarans that provide dive, snorkel and sunset cruises.

Key West Butterfly & Nature Conservatory, 1316 Duval St.; 305-296-2988, www.keywestbutterfly.com. One of only three major butterfly facilities in Florida, the conservatory features a 5,000-square-foot glass-domed tropical butterfly habitat. Visitors can observe hundreds of butterflies from 50 to 60 species, a pair of graceful flamingoes and numerous species of colorful exotic birds in the habitat, as well as learn about butterflies’ role in the natural world.

Key West Cemetery. Look for creative headstones that read, "I Told You I Was Sick" and “Devoted Fan of Singer Julio Iglesias.” The cemetery also contains the resting place of Hemingway’s friend and fishing captain, “Sloppy Joe” Russell, and sparring partner Kermit “Shine” Forbes. Another plot pays homage to sailors killed in the explosion of the U.S.S. Maine.

Key West Lighthouse Museum, 938 Whitehead St.; 305-294-0012, www.kwahs.com. Erected in 1847, the lighthouse guided mariners until it was decommissioned in 1969. Both the keeper’s quarters and the lighthouse have been restored. Visitors can walk 88 steps to the top for a wonderful view of the city.

Key West Turtle Museum, 200 Margaret St.; 305-294-0209. Visitors can learn about turtles and their preservation, and Key West’s early turtling industry, at this unique museum in the island city’s Historic Seaport. Information also is provided about the modern-day perils turtles face.

Mel Fisher Maritime Museum, 200 Greene St.; 305-294-2633, www.melfisher.org. This museum showcases the richest single collection of 17th-century maritime and shipwreck antiquities in the Western Hemisphere, including the treasure of the Nuestra Señora de Atocha.

The San Carlos Institute, 516 Duval St.; 305-294-3887, www.institutosancarlos.org. Founded in 1871 by Cuban exiles, the San Carlos functioned as an educational, civic and patriotic center. In a historic 1892 speech from the building, Cuban patriot Jose Marti united the Cuban exile community and launched his drive for Cuba’s independence. Today the San Carlos features exhibits related to the history of Cuba and Florida’s Cuban-American population, and its theater hosts many special events and programs.

Southernmost Point, Whitehead and South streets. A larger-than-life buoy marks the southernmost spot in the continental United States — only 90 miles from Cuba. It’s the setting for a Kodak moment for virtually every visitor to Key West.

Tennessee Williams Theatre, 5901 W. College Road, MM 5 bayside, Stock Island; 305-296-1520, www.tennesseewilliamstheatre.com. Named for the playwright who made his home in Key West for decades, the spacious theater is located on the campus of the Florida Keys Community College. Its offerings include locally produced and traveling stage productions as well as concerts staged by Keys musical organizations.


photo: Kevin Lazarski of Dover, Wisc., photographs his wife, Dina, and sons, Jacob and Jordan, at the Southernmost Point marker in Key West, Fla. The icon is one of the most photographed landmarks in the Florida Keys and delineates the area in Key West as the southernmost point in the continental United States. Photo by Rob O'Neal/Florida Keys News Bureau 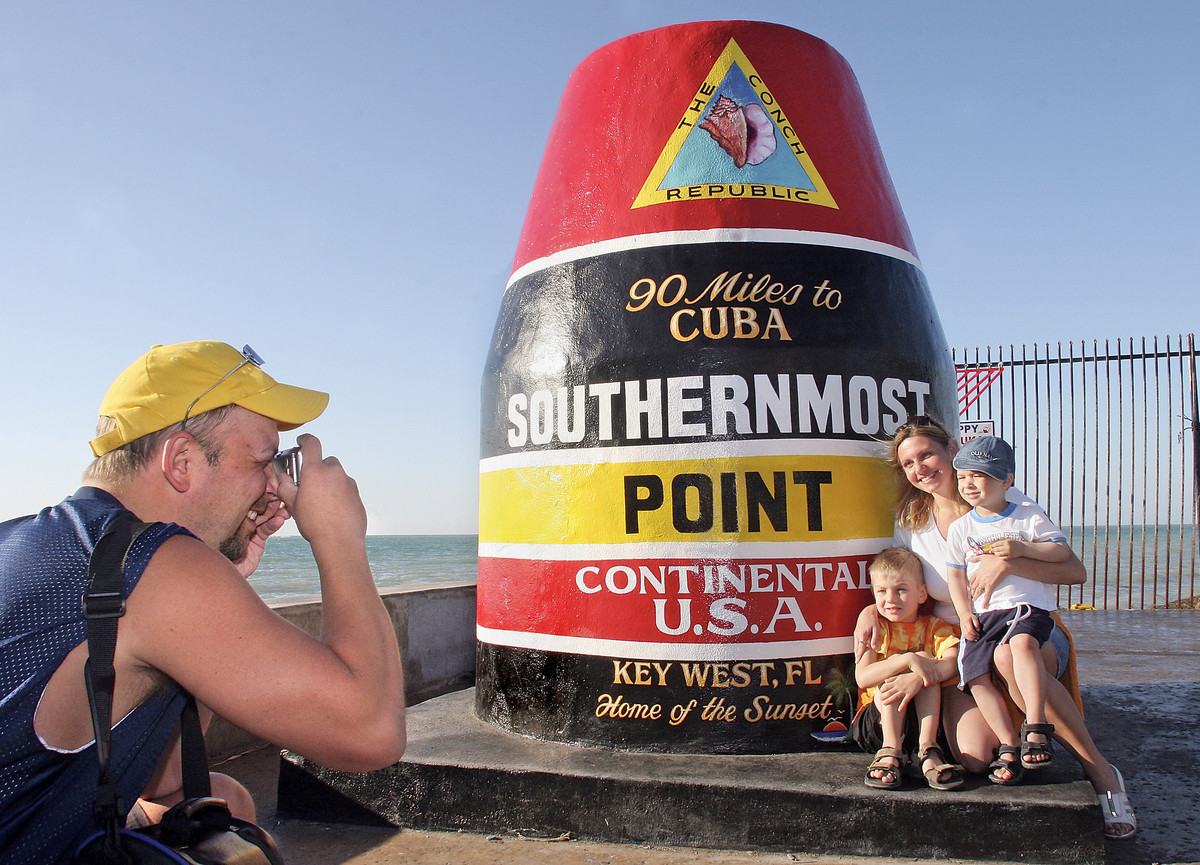