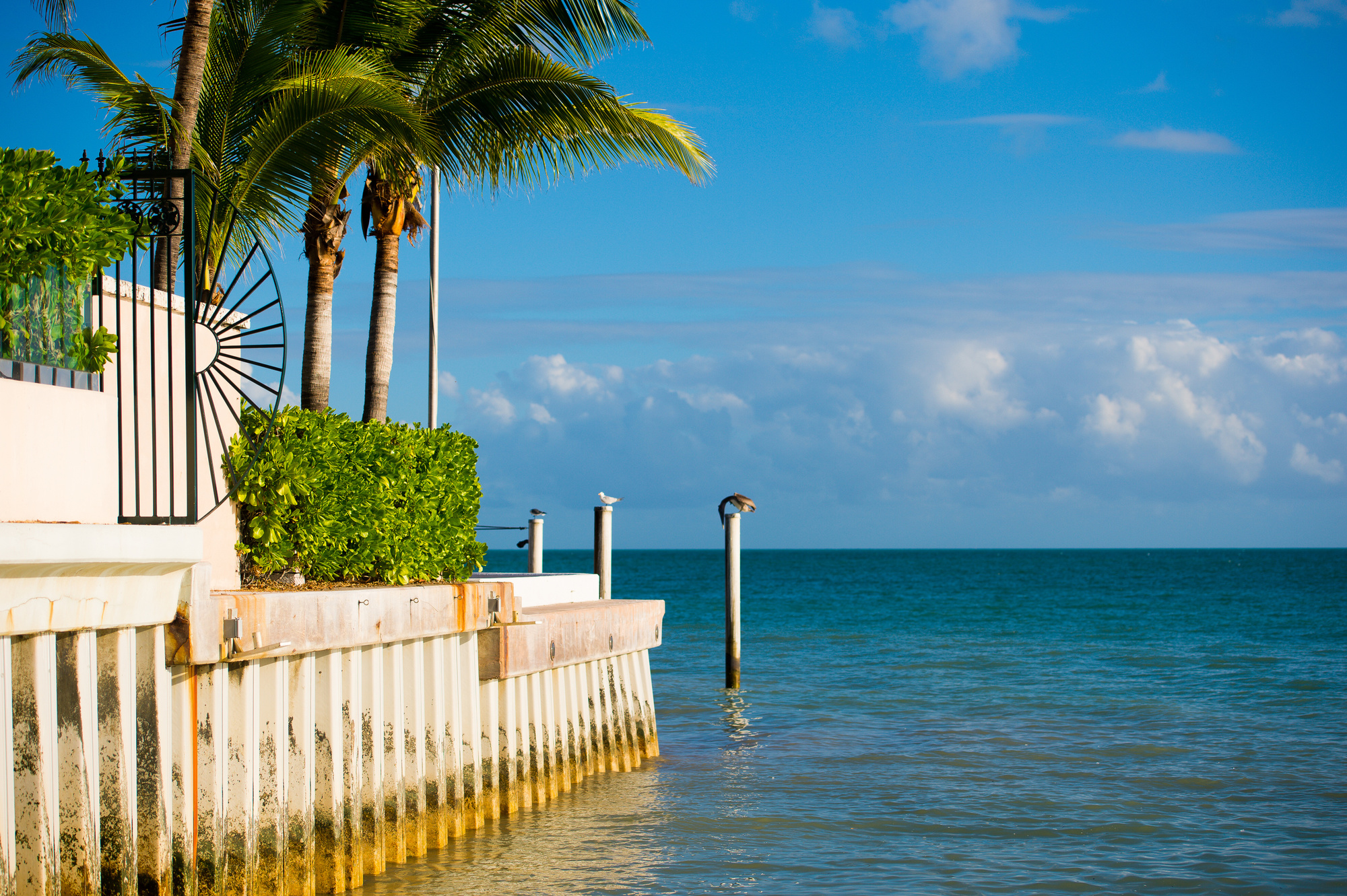 KEY WEST, Florida Keys — The colorful history of Key West incorporates shipwreck treasures and artifacts, renowned artists, literary legends, a cigar-making heyday and a vibrant past as a bustling seaport. The area’s historic and cultural richness is preserved, spotlighted and celebrated in the island city’s many museums.

For example, Key West is home to the Mel Fisher Maritime Museum, founded by the legendary shipwreck salvor who died in 1998. The museum holds the richest single collection of 17th-century maritime and shipwreck antiquities in the Western Hemisphere — most of them excavated from the waters around the island city.

Visitors can view gold, silver, emeralds and priceless artifacts from the shipwrecked Spanish galleons Nuestra Señora de Atocha, wrecked off Key West in a 1622 hurricane and discovered by Fisher in 1985 after a 16-year search, and Santa Margarita.

Also on display are artifacts from the English merchant slave vessel Henrietta Marie, which sank in 1700 near the Marquesas Keys and was salvaged by Fisher’s crew. In addition, a second-floor gallery hosts a new maritime exhibition each year.

Just a few steps away stands another structure commemorating a historic highlight: the period in 1832 when artist and ornithologist John James Audubon visited Key West and the Dry Tortugas, sighting and drawing 19 new species for his monumental “Birds of America” folio. It is believed that many of those detailed paintings were conceived in the garden of the 205 Whitehead St. property now known as the Audubon House & Tropical Gardens.

The gardens surrounding the Audubon house, encompassing nearly an acre, contain a breathtaking variety of tropical foliage, native plants and exotics. In the front yard stand three Geiger trees, one of which appears in Audubon’s painting of the white-crowned pigeon.

Key West’s Cuban heritage is represented by the San Carlos Institute, 516 Duval St. An affiliate to the Smithsonian Institution, the San Carlos was founded in 1871 to preserve Cuban culture and promote the freedom of Cuba. In 1892, it was from the institute that Cuban patriot José Marti united exiles for his drive for Cuba’s independence.

A few blocks away stands the Key West Shipwreck Treasures Museum, 1 Whitehead St., dedicated to aspects of the wrecking or shipwreck salvage industry that was the cornerstone of the island’s early economy. The museum combines actors, films, laser technology and actual artifacts from the shipwrecked Isaac Allerton, which sank in Keys waters in 1856. Guests can also lift a salvaged silver bar that dates back to 1656.

Visitors meet Asa Tift in his 1856 wreckers’ warehouse, enjoy a fascinating video on the wrecking industry and hear tales from the families who made their fortunes in wrecking. Those who climb to the top of the 65-foot observatory can even scan the reefs for wrecks just as Key West’s 19th-century captains did.

A pivotal era in Key West’s political history is showcased at the Harry S. Truman Little White House Museum, 111 Front St. on Truman Annex. Truman, who visited Key West 11 times during his presidency, liked the island so much that he once wrote his wife, “I’ve a notion to move the capital to Key West and just stay.” The Navy base’s commandant’s quarters, a roomy West Indian structure, became his Little White House.

Nearby, at 938 Whitehead St. stands the Key West Lighthouse and Keeper’s Quarters Museum. Completed in 1847, the lighthouse guided mariners through the treacherous Key West waters until it was decommissioned in 1969. The only U.S. lighthouse within city limits, it stands beside the keepers’ quarters building — and museum visitors can step back in time to learn the stories of the men and women who kept the light burning.

The restored keepers’ quarters contains personal effects, diaries, artifacts, photographs and other items relating to the era of the lighthouse keeper. Climb the 88 steps to the top of the lighthouse, see the 12-foot "first order" Fresnel lens and get a great view of Key West.

Fort East Martello Museum, 3501 S. Roosevelt Blvd., provides another intriguing view into Key West’s heritage and character. Dating back to 1862, the brick fortress-turned-museum contains exhibits highlighting the intriguing, eclectic and haunted side of the island. The fort features vaulted brick ceilings, curved walls and a central lookout tower for viewing the Atlantic.

The Key West Museum of Art & History is located in Key West’s historic Custom House at 281 Front St. near Mallory Square. One of the finest examples of Richardsonian Romanesque architecture in the country, the Custom House opened in 1891 and housed Key West's first post office.

It's now filled with permanent and touring exhibits of art and history on two floors in seven elegant galleries. Permanent exhibitions include an exploration of Ernest Hemingway’s life in Key West and "Speedway to Sunshine, Flagler's Ocean Railway," showcasing the Florida Keys railroad called the eighth wonder of the world upon its completion in 1912.

Also paying tribute the railroad and its founder, Henry Flagler, is the Flagler Station Over-sea Railway Historeum, located at 901 Caroline St. in a bright yellow wooden building in the island’s Historic Seaport. The structure is the Maggie Atwell House, relocated from Big Pine Key, and inside visitors experience an authentic Florida East Coast railroad car filled with memorabilia and photographs. Other attractions include an audio tour presenting authentic eyewitness accounts from passengers riding the railroad.

People can learn about Key West’s unique turtle-fishing industry at the Key West Turtle Museum at 200 Margaret St. in the Historic Seaport. The museum sits on a former waterfront turtle-soup cannery next to the one-time turtle holding pens, or kraals. It details the story of Key West’s centuries-long relationship with sea turtles.

Highlights include numerous historic artifacts and photographs relating to the island’s turtling business, and archaeological materials excavated from the waters surrounding the museum.

The Key West Turtle Museum is open 10 a.m. to 6 p.m. Monday through Saturday, with educational tours offered by appointment. For more information, call 305-294-0209.

As well as unique industries, Key West is home to the oldest house in South Florida, dating back to 1829. The Oldest House Museum & Garden at 322 Duval St. is an homage to builder Richard Cussans who, it is suspected, moved the home from its original location on Whitehead Street to its current location in 1836. The Watlington family, headed by Captain Francis Watlington, lived in the home from the late 1800s until the last of the family died in 1972. The Old Island Restoration Foundation acquired the home in 1975 and still manages the property.

The interior is filled with original furnishings, ship models, period and wreckers’ documents. The gardens on the grounds feature benches and the only surviving cook house in South Florida.

Visitors interested in military history can tour a new Key West museum: a historic U.S. Coast Guard cutter that, on its retirement in 1988 after 52 years of service, was the oldest serving and most decorated naval vessel.

The 327-foot Ingham, launched in 1936, is one of only two preserved Secretary-class cutters. According to Coast Guard historical records, it is the only cutter ever awarded two Navy Presidential Unit citations.

The Ingham served during World War II, the Korean conflict and Vietnam War. During the 1980 Cuban Mariel boatlift, the Ingham performed search-and-rescue missions in Florida Keys and South Florida waters that saved many Cuban lives.

Ingham visitors can tour areas ranging from the ship’s radio room and engine room to the mess deck and commanding officer’s quarters. Artifacts on display in the exhibit room include code bags for transporting classified messages, telescopes, weapons, uniforms and helmets, navigational equipment and photographs documenting Ingham’s construction and long years of service.