© 2021 Avis S. Girdler Photography
About Avis
Avis Smith Girdler has been a professional photographer for almost 40 years, using her creative eye and the nuances of available light to capture the personality and spirit of horses, people and pets. Her methodology and vision have created lasting memories in prints, magazines and books for customers all across the land.As a young girl, she learned to ride and appreciate American Saddlebred horses at Effinger Stables in her home state of Indiana and later at Don Harris Stables with Mary Ann Teater.
A graduate of Indiana State University with degrees in political science and criminology, Avis spent summers teaching riding at Blue Star Riding Camp in Irvington, Ky. She briefly pursued graduate work and a career in the criminology field, but her love of horses pulled her back. She accepted a position teaching riding at McConnell Stables in Louisville, Kentucky at Hurstbourne Stables and later, the well known Rock Creek Riding Club.

In 1976, Avis moved to Hollywood, California with her future husband movie director William Girdler and learned photography from some of the best cinematographers in the business. She worked on movies, commercials and actor´s portfolios and found a new career. After being widowed she decided to combine her new love of photography with her old passion for horses and started taking pictures for fun at William Woods University, Ruxer Farms and the gorgeous horse farms of California. When she saw her pictures being published in various publications and on their covers she decided to make it a serious career.

Since launching her photography career, Avis´s photos have appeared on the cover of such publications as American Saddlebred, Saddle & Bridle, The National Horseman, HorseWorld, and Saddle Horse Report. Her work has been featured in People magazine, various Morgan horse magazines, dog magazines such as Cavalier Quarterly, multiple books and book covers and on ESPN. Further, in 1981 Avis was named Saddle and Bridle magazine's official photographer.

Avis travels coast to coast for commissioned jobs with farms, stables and families. She is frequently seen "on the rail" at major Saddlebred Horse shows, gaining that special angle which will showcase competitors and their mounts. Avis now resides in Louisville, Kentucky with her silky terrier, "D," and dachshund, "Juju." 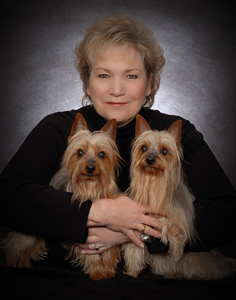